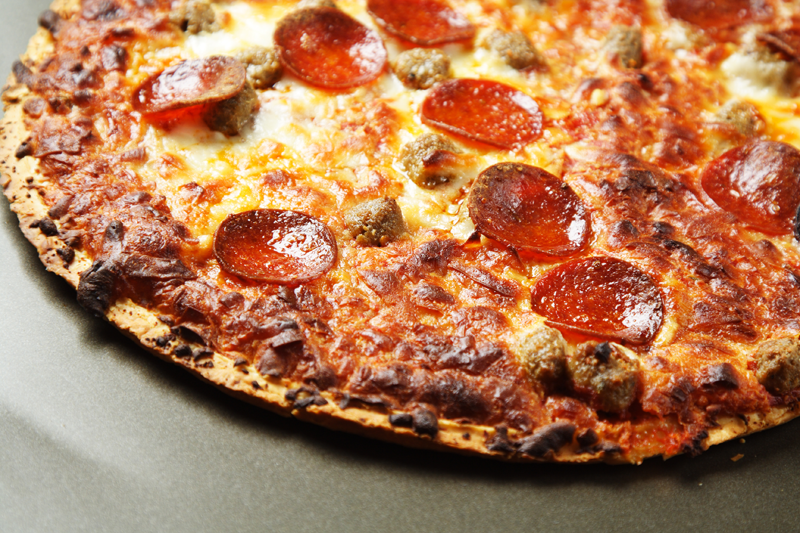 Did you know that October is National Pizza Month? To celebrate, we would like to hand toss some fun pizza facts at you!

1. Eating pizza once a week is said to reduce the risk of esophageal cancer.  Italian researchers claim that eating more pizza can reduce the risk of certain cancers. They point to the antioxidant lycopene, which is found in tomato sauce, as the likely the reason.

3. The world record for the fastest time to eat a 12″ pizza is 41.31 seconds.  The Official Guinness World Records Time of 41.31 seconds was achieved on January 30, 2013 by Peter Czerwinski (Furious Pete) in Burbank, California.

4. The current world record for longest pizza delivery, in terms of the distance travelled, is 10,532 miles.  On November 17, 2004 Domino’s Pizza set a a charity event to benefit the Make-A-Wish Foundation UK so they baked a Vegetarian Supreme pizza in Feltham, London. On November 19, 2004 the pizza was delivered by Domino’s franchisee Lucy Clough to 30 Ramsey Street, Melbourne, Australia, a distance of 10,532 miles.

6. The earliest versions of pizza did not contain any cheese or tomatoes.  The cheese began to be added to the pizza only in 1889. It was when an Italian pizza chef Raffaele Esposito added cheese to a pizza specially made for the visit of Queen Margherita, when commissioned by Royal Palace of Capodimonte. 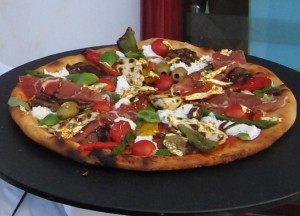 7. The most expensive pizza was sold for £2,150 ( 4,200 in U.S Dollars) and it was originally worth $ 3,700.  The 12 inch pizza pie, called the Royale 007, comes with a mixture of world’s most expensive ingredients, including caviar soaked in Dom Perignon champagne, Scottish smoked salmon, lobster marinated in cognac, venison medallions, the finest prosciutto and vintage balsamic vinegar. It also comes with a significant amount of edible 24-carat gold flakes as topping.

8. In 2006, the Romanian Cristian Dumitru has set a world record in pizza eating, eating 91 kilograms of pizza in one week.  That’s an average of about 28 pounds every day!

9. The first known pizzeria, Antica Pizzeria, opened in Naples, Italy, in 1738.  Founded in 1738 as seller of street food, it became a real pizzeria in 1830. Vincenzo Luciano is the 5th generation to run the business.

10. The first pizzeria in the United States was opened by Gennaro Lombardi in 1895 in New York City.  Gennaro’s early pizzas were conveniently wrapped in plain paper and became a favorite of workers who ate them right on their jobsites without the need for a table or utensils. In 1905, his little grocery store became the first commercial pizzeria in the United States.

We hope you enjoyed these fun facts about pizza. Come and celebrate National Pizza Month with us and get a FREE DRINK to wash your pizza down. See you soon!